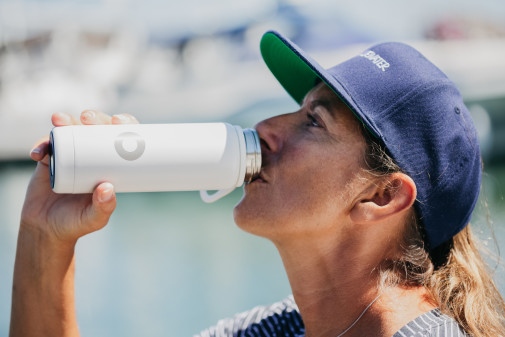 Making 2021 The Year of Water and Uman Wellbeing

A growing number of studies point to increasing drinking water pollution by microplastics and a range of chemicals from plastic and other sources, which Stockholm-based international water company Bluewater describes as a significant concern.

Bluewater, a world leader in drinking water technologies and solutions for homes, commercial operations, and public dispensers as well as sustainable drinking water bottles, said consumers need to take increased self-responsibility if they are serious about boosting healthy lifestyle and water drinking habits to the next level in 2021.

An incredible 500 billion plastic bottles are used by people every year, with most not being recycled and instead ending up in landfills or the oceans to leech their chemicals into the soil, rivers, and seas. The pollution price created by plastic bottle use, from oil extraction, transportation, use of scarce freshwater resources, production processes, to end-of-life dumping, is sobering. Plastic is now in the ocean’s deepest reaches, in remote Arctic sea ice, and on mountain pastures.

“Evermore scientific research indicates that microplastics, and the chemicals leaching from them, are now in the water we drink, the air we breathe, and the food we eat,” said Bluewater spokesperson Dave Noble, public relations and communications director.

He added that while Bluewater is optimistic human ingenuity can be harnessed to benefit humankind, the water pollution challenges the world currently faces indicate the future may not be as rosy as we want it to be.

“Life and health depend upon access to freshwater. We are what we drink, so it’s kind of a good idea to get into the mindset of ensuring the water we hydrate benefits our overall health, rather than increasing the risk of illness due to chemical pollution,” Noble said. He added more research is urgently needed into the impact of plastic chemicals on human health and wellbeing

– As the new year commenced, a team of Italian scientists published a study in January’s 2021 issue of the journal Environment International saying they had found microplastic particles in human placentas. Noting that plastics contain endocrine disruptors that could cause long-term effects on human health, the researchers said studies need to assess whether microplastics in the human placenta trigger immune responses or lead to the release of toxic contaminants able to harm pregnancies.

– In the USA, a study published in the journal Environmental Monitoring and Assessment in October 2020 concluded that water contamination by nitrates is now a public health risk. The researchers, affiliated with the organizations Clean Wisconsin and the Environmental Working Group, pointed out that nitrate exposure may be behind many cancer cases and poor birth outcomes in Wisconsin every year. Nitrates are used in many fertilizers and are found in soil and groundwater almost everywhere farming is practiced.

– A study of tap and bottled in Europe by researchers at the University of Hull in the UK, published by the Plos One scientific journal in July 2020, spotlighted the ‘omnipresent microplastics contamination of drinking water’. The researchers concluded ‘the weight of the current evidence suggests that the time may have come to implement protective measures against the ingestion of microplastics.”

– The Washington-based Environmental Working Group wants to halt the spread of PFOS contamination, which it says is now found in the blood of 99% of Americans. PFOS has been linked to cancer, thyroid disease, weakened immunity, and other health problems. The EWG says its research indicates over 1,500 drinking water systems across the USA may be contaminated with the non-stick chemicals PFOS and PFOA and similar fluorine-based chemicals.

– In Europe, the PFOS (and PFOA) problem has been described as ‘widespread’ by the European Environment Agency (EEA), but, worryingly, the body says the risks posed by the chemicals ‘are still poorly understood’.

Bluewater has published a white paper jointly with Portugal’s leading science-led Mirpuri Foundation detailing the profound impact plastics pollution has on people’s health and well-being. The white paper – entitled ‘The Global Plastic Calamity’ – details how the unmitigated pollution of the planet’s oceans, land, and air releases hormone-disrupting chemicals that may be responsible for a worrying rise in multiple illnesses.

“There is solid scientific evidence that so-called endocrine-disrupting chemicals, EDC’s, now commonplace in the natural environment due to plastic pollution, are blocking the natural function of hormones,” said Dr. Ivone Mirpuri, one of Europe’s leading specialists in hormonal modulation (how hormones play a pivotal role in regulating the body’s systems). She described EDC’s as the ‘No 1 threat’ to humankind on an extinction-level.

“Bluewater is on a mission to help end the cradle-to-grave plastic bottle cycle. That’s why we have developed alternatives to single-use plastic bottles, from innovative water purifiers to sustainable water bottles, that help people at work, home, and on the go, to hydrate more healthily,” David Noble said.